Ever notice that some books are published with a discussion guide?  A few weeks ago, I bought a small suitcase-load of books.  (See what happens when you deny yourself?  You gorge.)  At least two books contained a list of follow-up questions for a group discussion.  As someone who loves analyzing literature in the company of others–either informally or in the classroom (that’s my job!)–I’m thrilled when I see reading guides included books.  But what if you’re reading a book and want to organize a discussion and don’t have access to one of these guides? As someone with over seven years of experience teaching literature and culture  at the college level, I know that engineering thought-provoking discussion questions takes some know-how. 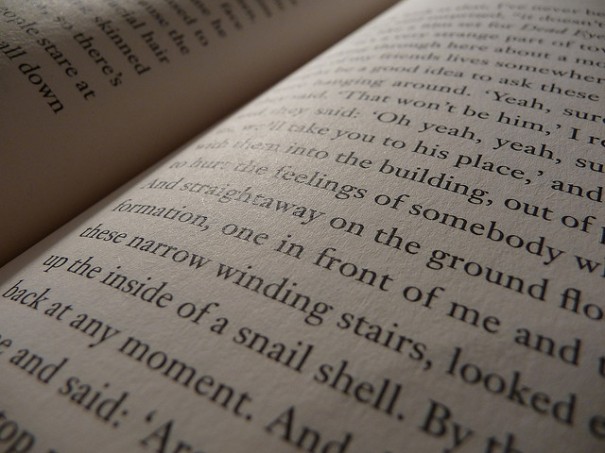 In an earlier post, I offered 5 tips that will help any reading group (painlessly) develop a dynamic discussion agenda. Of course, a quick google, yahoo, or bing search will turn up conversation prompts on countless books, but this approach has a number of drawbacks.  To name just one: compiling a list of questions pulled at random from the internet will not lead to a focused discussion.  As a result, participants won’t leave the meeting having reached a new, different, or richer interpretation of the book.  By developing your own plan, you can sidestep this and other pitfalls.  What is more, you’ll create a discussion agenda that speaks to your reading group’s interests, time constraints, and abilities.

In this post, I share lessons I’ve learned as a college-level instructor about leading and managing discussion. How do you motivate hesitant participants?  How do you manage other potentially-challenging personality types?  Keep reading–the answers to these questions (and more) are after the jump!

The title says it all: ask a question, then wait at least five seconds for a response before making pushing discussion further.   Once participants hear the question, they need some time to process it.  So, if you hear silence after posing a particular question, don’t assume the worst about the audience (they don’t understand!  they’re not interested!).  Rather, they’re simply thinking.   Of all the issues related to leading and managing discussion, #6 may be the hardest lesson to learn (at least it was for me).  Yet, it’s perhaps one of the most important tasks to get right.  By asking a question and then waiting for five seconds (a length of time that seems longer than it actually is), you’ll encourage all participants to speak up–and not simply those who tend to think on their feet quickly.

7. Take the Lead: Strategy One

Sometimes, the five second rule doesn’t work: even a well-designed, clearly-presented question can fail to kick-start discussion.  When this happens, you (as the discussion facilitator) will need to take the lead by offering the first response.  Your response, however, should be brief and under-developed. Why?  Well, remember your goal: to get the audience talking, and most importantly, interpreting.  While there are many ways to “take the lead,” I can recommend two pretty successful strategies.  The first:

Direct the audience to a specific scene in the book (text, TV show, what have you) that might provide useful material in answering the question.  Stepping away from our book theme, let’s use the HBO series The Sopranos as our test case to examine what strategy #1 might look like in action. Perhaps the question “If Furio never outwardly shows romantic interest in Carmela, what explains her attraction to him?” falls flat.  After observing the five second rule, you might counter the audience’s silence with this suggestion: “Let’s look the scene in episode 2 of Season 4 where Carmela and Tony are fighting about X.” What does this exchange tell us about their marriage?  With this information in mind, let’s revisit the initial question about the motivation behind Carmela’s interest in Furio.”

You also can “take the lead” by generating an intentionally provocative response.  Once again, let’s assume that the question about Carmela’s attraction to Furio elicits no response.  Encourage the audience to respond by offering an intentionally biased rhetorical question:  “Isn’t Carmela only attracted to Furio because she’s a bored, spoiled housewife who is used to getting what she wants?”  Since this interpretation is rather far off the mark, it invites correction (“No, Carmela is actually…”), which likely will encourage further discussion  (“I agree.  Carmela likes Furio because…”).

9. Manage Provocateurs in the Audience

Silence is only one speed-bump in the flow of discussion.  Provocateurs–participants who intentionally express strong or polarizing opinions–represent another.  Most provocateurs don’t act out of malice; they simply like to play “devil’s advocate.” Nevertheless, provocateurs can seem disarming to both the discussion leader and the group as a whole.  Earnestly engaging with a provocateur instead of ignoring, correcting, or discounting him/her can be an effective way to manage this kind of discussion disruption.  To manage the provocateur, ask a follow up question that redirects the entire group back to the issue(s) you want to highlight.

For instance, say you’ve asked how the opening sequence of The Sopranos portrays New Jersey’s physical landscape.  Immediately, a hand shoots up, and someone replies with contempt: “The opening sequence shows just how much of a wasteland New Jersey really is!”  Yikes.  Letting this statement go unchecked may encourage more New Jersey bashing, or conversely, it might result in some tense words by individuals who want to counter the the provocateur’s put-downs of the Garden State.  Both outcomes are undesirable because they will move the audience away from the original discussion goal: to understand how and why the show’s opening sequence portrays New Jersey in the way that it does.

To keep discussion on the right track, manage the provocateur by taking his or her response seriously: “Yes,” you might say, “the opening sequence begins with a great deal of industrial imagery.”   Then, pose a related question  (to the entire class) in order to bring everyone–provocateur included–back to the original question: “Why do you think the shows’ creators made this decision, given that the opening sequence ends with a portrait of Tony’s pristine suburban yard?”

10. Make the Transition; Skip the Summary

As discussion leader, you are charged with keeping the entire discussion moving–from question to question as well as from topic to topic.  When the group seems ready to go to the next item on the discussion agenda, offer a transition rather than a summary as a conclusion.  A transition functions as a bridge from one agenda item to the next: How does idea A lay the groundwork for idea B?  What  did we learn about idea A that might help us understand idea B?  Concluding with a summary of the group’s discussion about a particular topic or question usually does not represent a productive use of time.  Summaries don’t encourage participants to consider how various stages of the discussion build on one another.

Think of the rules above as suggestions–not  rigid dogma.  I believe that productive, enjoyable discussions have some kind of structure or framework.  But, like all things human-oriented, discussion can go off-track.  So, be flexible.  Temporarily abandon your plan if the situation requires you to do so or if the audience would benefit  from such a move.  However, also think about how you might eventually reunite the group with the original agenda at an appropriate time.

(1) Read my initial post on 5 steps for creating a discussion agenda.

(2) Read the last post in this series: 5 bonus tips for group discussion (how to conclude the meeting).