It’s around this time of year that I’m reminded of this mnemonic for Daylight Saving Time (DST):  in the spring, we move clocks forward by one hour, and in the fall, we move them back an hour and–once again–are reunited with “regular time.”  (At least this is how the story goes for most people in the United States and its territories.)  Some credit Benjamin Franklin as being the first American to champion the concept of seasonally manipulating time in order to increase daylight hours; however, the U.S. only formally instituted DST in 1918.  As its name implies, DST was a conservation effort.  Indeed, extra daylight hours would reduce domestic energy needs and keep the U.S. in “fighting shape” for World War I.  (After all, Germany had implemented its own DST measure a year earlier!)  The 1918 DST legislation, however, tells a much broader story. Although DST explicitly promoted “saving,” it also was tied to production and consumption–that is, the facilitation of commerce.

For me, DST crystallizes some interesting questions about the measurement and valuation of time: (1) In contrast to official, scientific measures of time, how might time’s passage be “felt” or perceived?, and (2) What does it mean to be aware of–and maybe even influence–time’s productive potential (or lack thereof)?

I’ve got two pretty compelling answers, and they involve a mechanical tomato and a play originally written in French and then translated into English by (the same) Irishman.

You read that right.  A plastic tomato and a multi-national play can tell us something about the most significant ways we measure time–its cadence or forward motion, on the one hand, and its weight or its capacity for substance, on the other.  First, I want to go back my point that DST, as it was conceived federally in 1918, sprang from two competing impulses: conservation and production.  Consider that DST was part of a law that created federally recognized, standardized  time zones.  “Standard time” was a scientific metric, and it was based on the sun’s passage away from a designated “meridian” or stationary, imaginary line that ran along Earth’s vertical axis.  We know of this boundary as the Prime Meridian, and it runs through England’s Royal Observatory in Greenwich (hence the Prime Meridian’s nickname, Greenwich Mean Time (GMT)).

Yet, when DST and standardized time zones were written into law, standard time already was being observed in the U.S.!  Since 1883, railroads and even the U.S. Department of the Interior had been operating  according to standard time.  Can you imagine taking a train from Topeka to Chicago, only to miss your connection in St. Louis because clocks there were set a few minutes slower than those in your station of origin?  Railroad companies implemented standard time to “make[] the minutes and seconds on all the…clocks…identical in position” and thereby eliminate such confusion [1].

Because standard time and DST were familiar concepts, I find the language and presentation of their federally-sanctioned matrimony fascinating.  The law unfolds like this: first, it established five standard time zones in the U.S. Their boundaries would be delineated with “regard for the convenience of commerce” [2].  In other words, time zone barriers would be established with an appreciation of the “existing junction points and division points of common carriers engaged in commerce” [3]. So what about drawing those boundaries with respect to natural boundaries, such as mountain ranges, rivers, or other organically-occurring formations?  Nope.  A non-option.  Time zones in the U.S., then, standardized time in relation to both GMT and commercial spheres of influence.

So where does DST come in?  Well, the second part of the law mandated that standard time–against which all U.S. time zones were based–be moved forward one hour in March and moved back one hour in October.  The goal?  To “save daylight,” but for what purpose [4]? No explicit reason other than this was given.  Of course, as I mentioned, we can’t discount the importance of  the wartime context. Yet, it’s also significant that DST was based on the newly, federally-instituted standardized time system, which internationally was guided by the Prime Meridian (i.e., GMT) but domestically was shaped by lines of quite a different sort–commercial pathways. 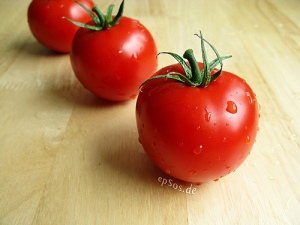 Recently, I read about a time-management process called the “Pomodoro Technique” (“pomodoro” is Italian for “tomato”).  Conceived of by Italian Francesco Cirillo in the 1980s, the Pomodoro Technique aims to “eliminate the anxiety of time,” and to me, it also engages with the issues standard time and DST raise for me: how do we measure time’s passage and productive potential [5]? Essentially, the Pomodoro Technique is built around the assumption that the more aware of time one is, the more efficiently one will use that time. But, Cirillo maintains that most people don’t have an innate awareness of time’s passage. Ten minutes could easily feel like forty-five minutes, particularly when one is working.  As a result, people don’t work very efficiently.  Thus, among the program’s many goals, the Pomodoro Technique helps individuals to “refine the [work] estimation process, both in qualitative and quantitative terms” [6].

But, what does this mean, and maybe more importantly, how is this accomplished?  Followers of the Pomodoro Technique learn how to accurately assess the unique time demands of daily tasks: how much time will it take to, say, edit a memo, and accordingly, how much time is required of something more complex, like writing a report abstract?  Because the Pomodoro Technique is a real-world solution to the problems of time and productivity, it acknowledges that interruptions to planned tasks occur and cannot be avoided.  The Pomodoro Technique teaches individuals how to manage “internal” and “external” interruptions by learning how to accurately assess their urgency [7]. (To illustrate the distinction between such interruptions, consider obsessive email-checking or twitter-updating vs. a colleague’s sudden request for help with a particular project.)  In other words, the Pomodoro Technique sharpens the ability to determine which interruptions deserve immediate attention and which unplanned activities can be aggregated together and tackled at a later moment in the day—or even week.

The Pomodoro Technique grooms individuals to recognize time’s worth by having followers adhere to a regimented, standardized work schedule.  And this is where the mechanical tomato comes in: the work schedule is regulated entirely by a tomato-shaped kitchen timer (although Cirillo admits any audible, wind-up kitchen timer will do).  Here’s a quick run-down of the program:  At the beginning of the day, write down a list of tasks that must be accomplished.  Set the timer for 25 minutes, and work on one task from the list until the tomato rings.  Take a 5 minute break.  This 30 minute block of activity is called a pomodoro.  Still not finished?  Simply repeat the above process (25 minutes of work and a 5 minute break) up to three times.  After the fourth “pomodoro,” take a longer 30 minute break, and then restart the entire cycle.  Throughout the entire process, record how many pomodoros were needed to complete each task.

Laboring for 25 minute blocks and taking staggered breaks of varying lengths of time encourages a steady work pace without inducing mental (and maybe even physical) fatigue.  Keeping an accurate record of the day’s activities and their pomodoro needs allows one to recognize quantitative and qualitative work patterns and, in the future, make adjustments as needed to at once save time and increase productivity.  [Note: For a more in-depth discussion of the Pomodoro Technique—especially if you’re interested in strategies for managing interruptions—download the free e-book at the official Pomodoro Technique website.  Timers and activity logs are available for purchase, too.]

This conversation about time has reminded me of one of the most indelible reading experiences of my high school career: an in-class recitation of Samuel Beckett’s drama, Waiting for Godot.  Originally written in French and translated into English by Beckett himself, Waiting for Godot espouses an entirely different sentiment about time that, despite its pessimism, I find strangely alluring.  According to the play, time is meaningless in that is mutable (open to multiple, conflicting interpretations) and empty (devoid of productive potential).

So, while the Pomodoro Technique insists that productivity is built on cultivating an acute awareness of time’s passage, Waiting for Godot obliterates any expectation that time and its use can be controlled.  Intrigued?  Stay tuned for Part II.