Home › Books › “The Hour of the Pearl,” or My Morning Cup of Coffee

“The Hour of the Pearl,” or My Morning Cup of Coffee

John Steinbeck’s Cannery Row is one of my favorite books to teach, and students often remark highly of the novel, as well.  This post is inspired by some re-reading I did in preparation for teaching the novel in my introduction to fiction course. 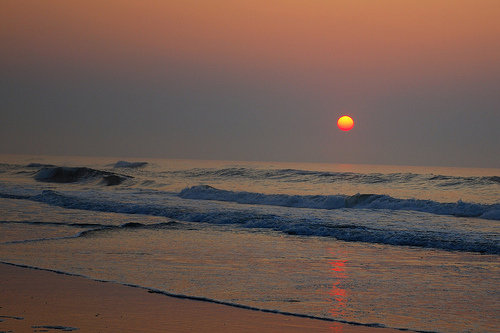 Published in 1945, the novel is a collection of vignettes culled from Steinbeck’s dealings in Cannery Row in Monterey, California. Rather than focus on the canneries’ workers or the “superintendents, accountants, [and] owners” who “disappear” into offices, the novel turns its attention to those who remain at the end of the work day—after “Cannery Row becomes itself again—quiet and magical” (Steinbeck 2).  For various reasons, these individuals exist on the margins of mainstream society, and they include Mack, who leads a group of rag-tag, down-on-their-luck men; Dora, a brothel owner; Lee Chong, the grocery store’s proprietor; and Doc, an alcoholic intellectual who manages Western Biological, which “deals in strange and beautiful wares” ranging from the “lovely animals of the sea” to “rattlesnakes” and “honeybees” (Steinbeck 23).

We could say, then, that Cannery Row in Steinbeck’s novel privileges the marginal or liminal—people who we might call the “gathered and the scattered” and places that are “tin and iron and rust and splintered wood, chipped pavement and weedy lots and junk heaps” (Steinbeck 1).  Accordingly, Cannery Row seems removed from the enervating, spirit-breaking impulses, expectations, and rhythms of mainstream life (get up, go to work, go home, repeat).  Instead, it’s dominated by a go-with-the flow sensibility that emerges most noticeably during what Steinbeck calls “the hour of the pearl.”

A fleeting “time of magic” in which nothing matters but the moment at hand, the hour of the pearl is just like my morning cup of coffee.

Like the people and places of Cannery Row, the hour of the pearl can be considered “liminal”: it occurs “in the gray time after the light has come and before the sun has risen,” and during this moment—really, just a fraction of the day—“the Row seems to hang suspended out of time in a silvery light” (Steinbeck 77).  The hour of the pearl is, most importantly, a “time of great peace, a deserted time, a little era of rest” because “the street is silent of progress and business”—the canneries have yet to open, and the workers and managers living at the top of the hill above the Row have yet to awaken (Steinbeck 77).

What strikes me as significant about the hour of the pearl is that it represents a fleeting yet cyclical occurrence; the hour between darkness and daybreak is ephemeral—it doesn’t last long. Thankfully, though, we know that it will come again.  The hour of the pearl creates a serene, be-here-now feeling that directly opposes, and perhaps counteracts, the relentless drive of mainstream life (and industry, in particular).  Indeed, the hour of the pearl functions as a rejuvenating respite.

The hour of the pearl is my morning cup of coffee. Once I get cleaned up, I usually begin my day at a desk—well, computer, more exactly—and I always have a coffee on hand.  But, I don’t dive into major work projects immediately.  As I sip away, I take a few moments to complete what I call “administrative work” for my life as a scholar, teacher, and student of the world: I (briefly) catch up on news or blogs that I follow, respond to emails, check my calendar, and review teaching plans.  I know that this moment, like my coffee, won’t last forever, and that’s why it’s comforting.  During this time, I’m fully engaged with whatever task is at hand and can push all distractions aside, and as a result, I work rather productively.  While my hour of the pearl is not entirely “silent of progress and business,” it is peaceful and enjoyable because I’m working in response to an almost imperceptible natural rhythm.  In other words, I don’t make work happen; instead, it simply happens on its own.

For me and when the circumstances are right, other potentially arduous tasks, like writing, researching, and even backpacking, also unfold in this way—effortlessly and seamlessly. What’s your hour of the pearl?

2 comments on ““The Hour of the Pearl,” or My Morning Cup of Coffee”